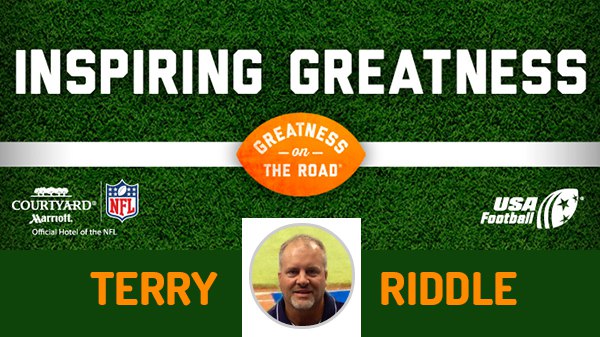 USA Football has teamed up with Courtyard by Marriott, the official hotel of the NFL, to recognize and reward youth and high school football coaches from across the country that inspire greatness in others. As part of Courtyard’s Greatness on the Road campaign, Coach Riddle will receive a commemorative helmet trophy and a $1,000 equipment donation from Courtyard by Marriott for the West Orange Bobcats.